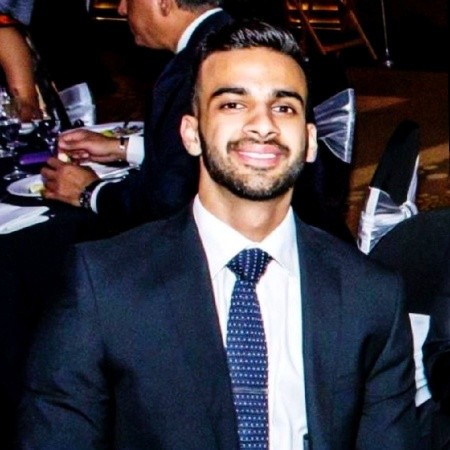 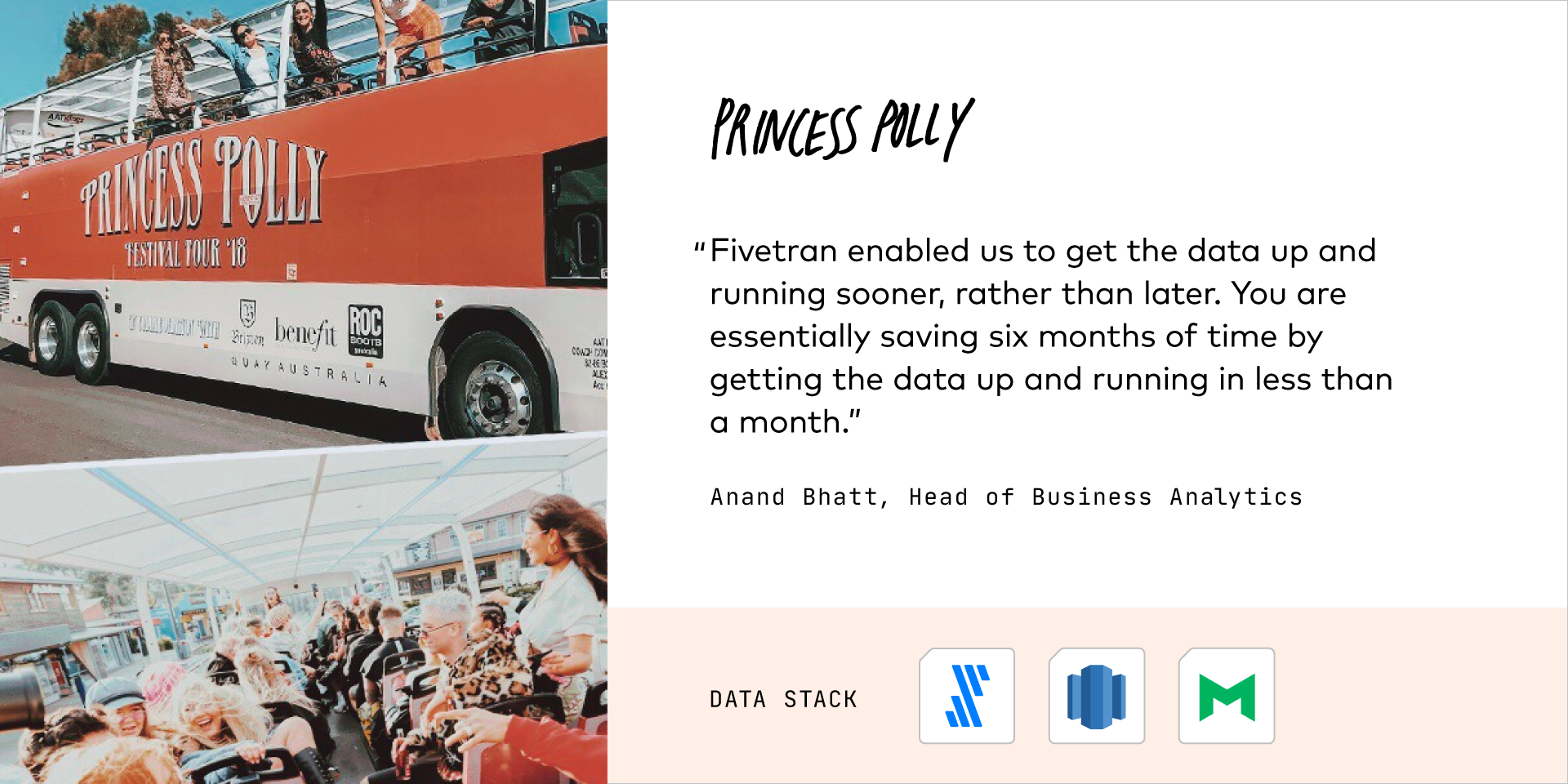 Princess Polly was born in 2010, in true startup style: In a beachside apartment on the Gold Coast of Australia. Today, Princess Polly has a team of over 200, based both in the Gold Coast and Los Angeles. Anand Bhatt joined the fashion startup in May 2020 as Head of Business Analytics, shortly after the company’s U.S. launch.

Princess Polly wanted to up-level how data was getting used — in a time of uncertainty, access to reliable and timely data was of the utmost importance.

“Initially when COVID happened, we were all worried,” Anand says. “There was obviously an initial impact to the business in the first month. But then the business started to see growth. We started comparing seasonal trends to understand what our budget should be. The value of that trend came from the data that was provided by Fivetran.”

When Anand first joined Princess Polly, he quickly built an analytics infrastructure using Fivetran to support the business’ critical new launch into the U.S. market. It was vital that Anand quickly and efficiently demonstrate value, and support internal departments making decisions. In previous roles, Anand had witnessed the inefficiencies of traditional ETL first-hand:

“I had seen that a traditional ETL methodology can take time. It takes time to recruit engineers and analysts. The value that I wanted to create at Princess Polly was the value of automation in the analysis – I wanted to provide metrics, rather than spend time cleaning and moving the data,” says Anand.

As a team of one, Anand needed to maximize the amount of time generating value for the business, and minimize the manual, time-consuming tasks that weigh analytics departments down. Another area of focus was cash flow analysis — understanding which decisions were impacting the business’ bottom line, to make more effective decisions.

“That's essentially the goal: to forecast your business revenue, to forecast the sales of your SKUs or the products. It was really important for us to have a single source of truth and a single source of definition. It then takes a while to get the data culture going. It's not a day one thing. The founders definitely realized the importance of data culture and the need to grow it over time.”

Anand had a clear idea of his connector requirements for an ELT vendor, thanks to experience with Fivetran in a previous role. It was critical that the supplier have a well-established Shopify connector that could support both the company’s Australian and U.S. Shopify accounts. It was also vital the connector provided the ability to ultimately join the data from both accounts for analysis.

Anand wanted a solution that provided a connector to pipe data from their PR (micro influencer) system into their data warehouse, with Klaviyo support to import all NPS scores into their system. Princess Polly also created an AWS Lambda function for their Inventory Planner, Returns (Loop) data pool, using the Fivetran connector for ingestion.

“​​Fivetran was a no-brainer. The schema data pool — the table structure that gets pulled from Shopify, from other data sources like Klaviyo — was definitely easier. The process was also smoother. We had to connect with a bunch of different Google Sheets, which was also easier with Fivetran,” says Anand.

Starting with a two-week trial, Anand was able to quickly connect the Shopify APIs into Fivetran, run successful tests, and begin a historical data sync. In parallel, Anand onboarded Mode Analytics to give the team access to the datasets that were beginning to populate. “It was a smooth, easy process,” says Anand. “We had access to Shopify data in less than 10 days.”

“From within Fivetran we schedule dbt transformation script runs, following a data load. Transactions, inventory, products, are some of the functional data areas which get transformed in a manner that is readily usable by our analysts,” says Anand.

Where once the business was operating with siloed data, the team is now able to ask deeper, more meaningful questions about business drivers and gather actionable insights to deliver competitive advantage.

“We started looking more at trends. We began to base our decisions less on intuition and more on the data, more on seasonal trends and more on historical trends, to decide how much we should be spending on things, who we should work with, what we should buy,” says Anand.

The impact has been felt across the business, from the Finance department to the PR, Marketing, Sourcing and Merchandising teams. New dashboards and weekly reports allow the entire business to understand their revenue, number of new customers, and the efficacy of marketing campaigns and conversion rates over time.

Like any e-commerce company, Princess Polly has to process refunds. By centralizing and analyzing sales datasets from Shopify and refund data sets, the business is able to accurately forecast what the refunds are going to look like in the coming weeks or months, based on what has already been sold.

The PR team is now able to track the inventory impact of collaborations with influencers, based on incentive goals set weekly or monthly. The Finance department is also able to understand how the company is performing on a daily basis, with an end-to-end data structure around revenue data from shipping to delivery.