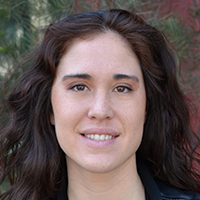 This case study was originally published and produced by Snowflake Computing.

Native ads are read, not just seen like banner ads, delivering meaningful and earned audience attention that allows brands to create positive brand associations and influence brand lift. Major brand advertisers, including 49 of the 50 largest brands in the world (Microsoft, Intel, ConAgra and hundreds of other household names), use Sharethrough’s native ad-buying platform Sharethrough for Advertisers (SFA) to promote their content on publisher sites.

Sharethrough’s native ads fit the form and function of the surrounding editorial wherever they’re placed. Understanding the user behavior and experience of the audiences that are engaging with its ads is central to its business model. Its analytics focus on how well websites are performing, how content renders and what can be done to improve the viewing experience for its ads.

Sharethrough had outgrown the capacity of their data analytics environment, which was custom built using a MySQL product. With no semantic layer, poor performance and a maxed-out row capacity, getting data for analysis was an extremely complex and manual operation.

Pulling data from databases, regular run-of-the-mill reports took half an hour. Sharethrough was forced to create multiple new tables at specific levels. As the tables grew and the schema grew more complex, there came a point where every user had to understand the underlying schema of the data warehouse. “You really don’t want your business users thinking about how the data is physically architected,” said Head of Analytics Joseph Bates.

The solution: Tap into raw data for rapid analysis

One of the first changes that Sharethrough made was to remove the dependency for MySQL. By bringing in Snowflake as the core warehouse, Sharethrough was able to tap directly into the raw data stream from JSON sources. Snowflake enabled Sharethrough to take all website activities such as raw JSON logs directly from Amazon S3 and ingest them directly into Snowflake without preprocessing. This allowed Sharethrough to bypass Spark and directly access S3 to obtain the logs. Using Fivetran, Sharethrough further enhanced the extraction and load processed by making it easy to load different data sources. For example, Sharethrough could now move data from its SaaS applications, marketing applications and SalesForce.com easily to Snowflake for rapid transformation to create the views required by analysts. Today, Sharethrough connects four different sources through Fivetran and all of them sync in less than two hours. In total, Sharethrough now runs 40 terabytes of mixed data through Snowflake and reduced costs by eliminating the need to store data in temporary locations. “The increased direct access to data with Fivetran and Snowflake made a huge difference in our productivity,” Bates said.

“We went from using 14 technologies to a stack of four powerhouses — AWS, Snowflake, Fivetran and MicroStrategy — that can be managed by a single person.” — Joseph Bates, Head of Analytics, Sharethrough

“The Snowflake and Fivetran interfaces are incredibly easy to use,” Bates said. Inside Snowflake, a single click on a JSON column pulls up the data in a smartly parsed and formatted way that is ready to use. “In seconds, I can accommodate a user request for a new field in the data stream, and there is no need for any architectural work.” Implementation of Snowflake and Fivetran proved very simple. With only one-full-time staff person, Sharethrough was able to stand up an entirely new data warehouse of 40 terabytes of mixed data within weeks and connect it to data sources. Additionally, no special skills for database management and teams of consultants and engineers were necessary. “With the manpower that we had, Snowflake and Fivetran were the right tools for the job and we couldn’t be happier with the performance,” Bates said.

While the engineers and product teams use Snowflake directly, Sharethrough brought in MicroStrategy to make the data available to the nontechnical user. MicroStrategy is extremely sophisticated in how it generates queries through to Snowflake. With the new technology stack, Sharethrough sends new test and production data immediately to business users through MicroStrategy for rapid analysis and decision making.

“What used to take one month, now takes hours “ — Bates

Sharethrough runs 500 to 1200 reports a day with an average create time of less than four seconds and average query size 700 megabytes. The team now has a dynamic dashboard that models their own visualizations. With the added data types and a semantic layer in place, the complexity of the queries allows for more powerful indepth analysis “With strong support for the Snowflake and Fivetran infrastructure, being able to lay a really sophisticated, powerful product like MicroStrategy on top of the whole thing is super cool — and that’s where I think our technology stack is unique.” Bates said. Sharethrough is considering making the entire solution available to its end users — 30,000 or more ad buyers in total.

Typically queries that would be saved up and run over a weekend, now run in 30 seconds and take four lines in SQL. With this short stack, Sharethrough performs analytics 2,000 times faster. “I’m so pleased with the performance for the more complex jobs with higher granular data and jobs which run aggregations, deduplication and frequency-level analysis,” said Bates. “Reports that were taking 45 minutes to run in MySQL take half a second in Snowflake.” Sharethrough went from an analytics stack 14 technologies deep to just four (with AWS, Snowflake Computing, Fivetran and MicroStrategy).