How to Change Minds When Data Alone Isn't Enough

A leading researcher explains how emotion, intuition and storytelling can be more powerful than data. 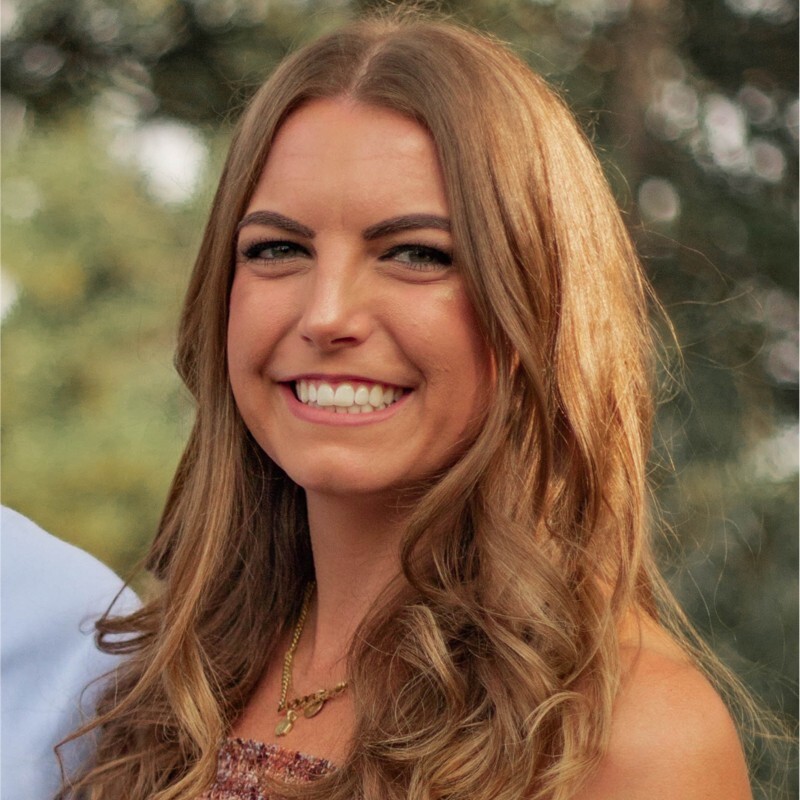 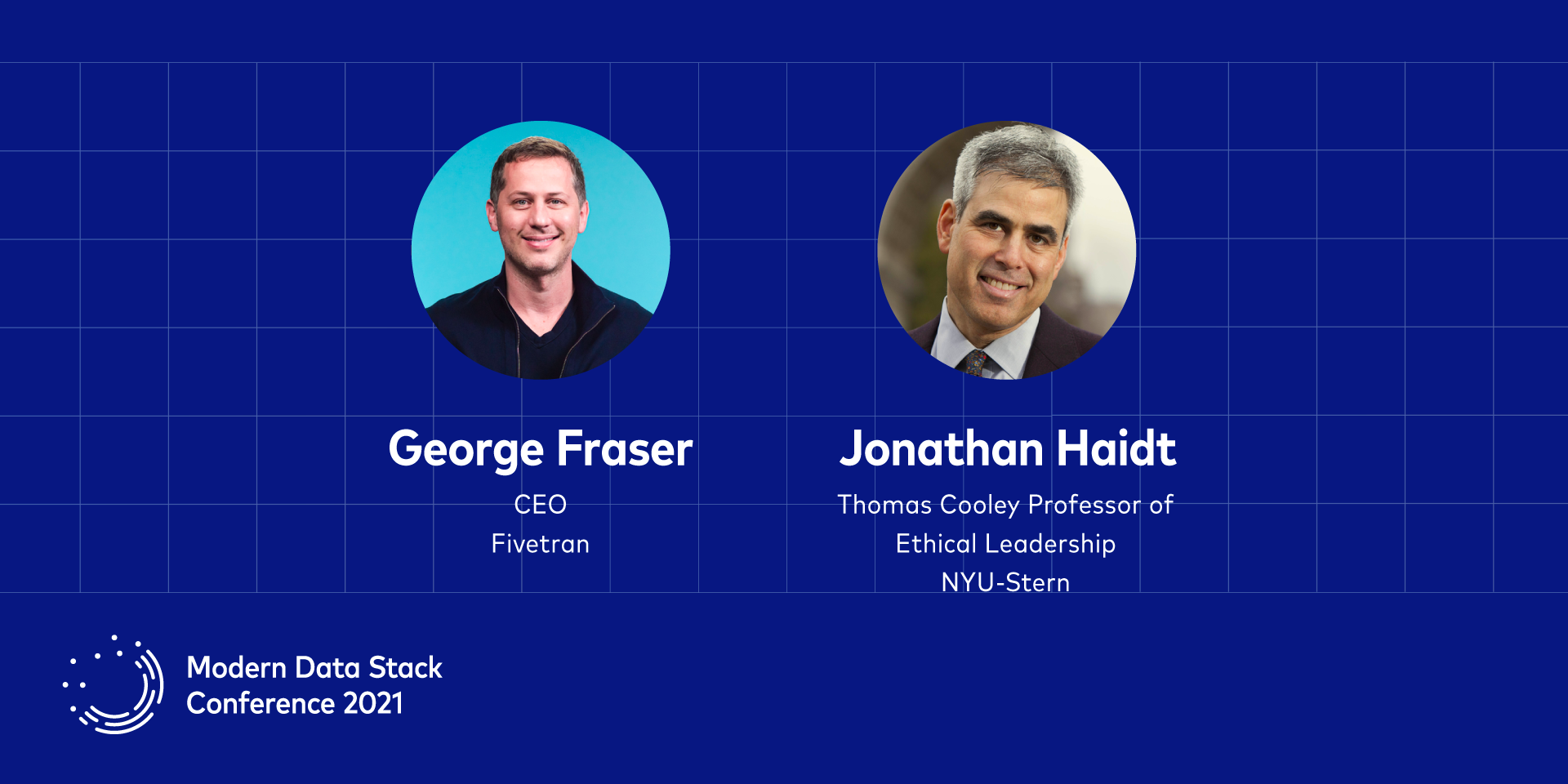 Insights from data drive modern companies and fuel our economy, but data’s power to persuade has limits. Confront people who hold strong beliefs with verifiable information that contradicts those beliefs — and your data will often be ignored.

At the recent Modern Data Stack Conference 2021, an unusual keynote went beyond the mechanics of data analytics to explore how we can supplement data with other persuasive tactics. Storytelling and appeals to emotion, it turns out, are often more compelling than facts.

Humans: The “Last Mile” for Data

The keynote, “Moral Psychology: How to Persuade People Who Aren’t Moved by Data Alone,” was delivered by Jonathan Haidt, Thomas Cooley Professor of Ethical Leadership at New York University.

“We live in an extraordinary time when information is so bountiful, it's chasing us,” Haidt said at the start of his presentation. “We have to defend ourselves against it.” In theory, this data should be able to change minds — but in reality, it often doesn’t.

The “last mile for data,” as Haidt called it, is the person who receives it. And people are, as Fivetran CEO George Fraser said in his introduction to the keynote, “the weakest link.” If you want to change minds with data, you have to account for the human element, the person who will evaluate the insights you present.

Reason is a “press secretary”

We are each divided, according to Haidt — both irrational and reasonable. He likened our irrational side to an elephant: large, lumbering and difficult to control. Our rational side is like a small rider on that elephant.

When we want to believe any proposition, we like it better and lean toward it, he said: “We look out at the world and if we can find any piece of evidence to support our belief, then we're done, we stop thinking.”

To prove his point, Haidt pulled up the “Gartner Marketing and Data Analytics Survey 2020.” “Over 50 percent of senior marketing leaders are unimpressed with the results they receive from marketing analytics investments,” the report concluded.

Haidt pointed to an infographic that explained why analytics isn’t used in making decisions. One of the top reasons: “The data findings conflict with the intended course of action.” Typically, the C-suite ignores the data “because it's in the way,” Haidt said. The C-suite often acts irrationally.

Our two personality traits — and how they control us

Another problem is our dominant “personality variables,” traits “S” and “E,” for “Systemizers” and “Empathizers.” According to Haidt, we all possess both traits, but to varying degrees. “These two traits are not exactly inversely correlated, but slightly,” he said. He also noted that both traits are good to have; neither is a negative.

Many of us are predominantly Systemizers — this group prefers order and seems to innately understand how complex systems work. An equal number are primarily Empathizers, people who are highly social and known for their ability to interact with others. Between these two traits are gradations, and most of us are a mix of both.

Also, the difference between the traits can be gendered: “There's long been research on how men and women communicate. This is also why gender communication so often goes awry.”

“This is on average, of course, and there are plenty of exceptions,” he pointed out.

How to Change Minds

These issues make it quite challenging to convince people who strongly disagree with you — data alone probably won’t be enough. Haidt shared several tactics of persuasion, including storytelling, speaking to deeply held values, and remaining open-minded.

Use storytelling to convince

Haidt stressed the need to remember that reason operates like a press secretary, not an impartial judge. When we want to believe any proposition, we lean toward it — the “elephant” part of ourselves walks in that direction. We steadily filter out information that contradicts our favored positions, and find any piece of evidence that can support whatever contention we want to make.

The best way around this human flaw is to tell a story, Haidt said: “Obviously, don't make something up, but if you think there's a clear story in the data, tell a story about what you think is happening. Then show how the data supports this story.”

According to Haidt, if you draw a connection between a given issue and the audience's moral values, you become more persuasive.

“Identify the other person's foundational concerns and then speak to them,” he suggested. Do your best to speak the other person’s language. Work on what you have in common. Ask yourself, “What history do you have together? What are your common identities?” To accomplish this task, “you need to understand others and you need to understand yourself.”

Haidt admitted that he had difficulty communicating with others when he was younger. He mentioned Benjamin Franklin, who was “a highly systemized, argumentative kind of guy.” Franklin changed, and was soon known for his ability to persuade. The Founding Father became a highly successful diplomat vital to the cause of the American Revolution.

This kind of growth, Haidt said, can make us “so much more effective and happy” in our relationships: “That's what happens when you embrace this great truth.”

Be open to discussion and disagreement

Haidt ended the keynote with research that found those with high IQs are better at justifying their emotional outlooks. Their “press secretary” is perhaps smarter, but their decisions aren’t necessarily better than anyone else’s. They also tend to close themselves off, because “they don't suffer fools gladly. That is, they have little patience for ideas that they think are stupid, and they communicate that, which intimidates people from coming to them."

Of course, the best way to counteract this is to be open to discussion and disagreement — and to understand that none of us use reason very well.

That’s what makes “last mile for data” the most difficult part of the journey.